“…when the night came, tortured by the usual melancholy of my thoughts, taking a vihuela, I went out by a back door to the fields, to put aside my worries, and to enjoy the fresh wind that was blowing…” Rojas, 1603
The following recordings use a code in their titles. F=Fuenllana. FF1Bk4 = Fuenllana Fantasia No.1, Book 4. FT1 = Fuenllana Tiento No.1.
Val or Vald = Valderabano.
[Sometimes the SoundCloud player does not load correctly. If this happens, just Refresh the page]

”Without any doubt, Miguel de Fuenllana is one of the most outstanding instrumental composers of the sixteenth century, and still largely underestimated. He is a composer who deserves to be included among the most outstanding instrumental musicians of the sixteenth century alongside Antonio de Cabezon, Francesco da Milano, William Byrd, John Dowland, or any other acknowledged Renaissance master.” Professor John Griffiths, eminent musicologist

Welcome to the música secreta y callada (secret and hushed) of Miguel de Fuenllana – an underrated composer who deserves much greater recognition by vihuela, lute and guitar players. His compositions are of a very high quality, full of variety, demand the full attention of the performer and the listener, and are very serious in tone. He has an individual voice, and is not scared to experiment with bold harmonies, as in his Tientos.

Comments: Miguel de Fuenllana’s Orphenica lyra was published in Seville in 1554, while he was in the service of the Marquesa de Tarifa. There followed periods of service with the third wife of Philip II, Isabel de Valois (1560-69), and Don Sebastian of Portugal in Lisbon from 1574. His daughter, Dona Catalina de Fuenllana claimed that her father gave more than 46 years of service to both Philip II and Philip III. Apparently blind since soon after birth.

[II] Libro de música de vihuela de mano intitulado El Maestro. Valencia: Francisco Díaz Romano, 1536 – A novel based on Castiglione’s Il Cortigiano – a guide to manners of behaviour, now moved to the Valencian court of the Duke of Calabria. Notable for Milan’s descriptions of his own performances. He never carries a vihuela – one is always given to him – and he never plays solo, always song with vihuela accompaniment.

Edward Martin is a dear cyber friend, a great musician and an inspirational vihuelist. It is this recording of the first twelve fantasias by Milan which prompted me to buy a vihuela. The above link takes you to the Magnatune website, where you can listen to all twelve tracks and purchase the CD.

The following performances are my own:

“There was in Valladolid in my youth, a vihuelist named Narvaez, of such extraordinary musical skill, that upon four parts in mensural music in a book, he improvised on the vihuela another four, a thing miraculous to those who did not understand music, and to those who understood it, most miraculous” Zapata de Chavez, 1592

“Luis de Narvaez was such a famous musician, that he desrves to be (a servant) to the king Philip II, because the sweetness of his vihuela filled the king’s soul with wonder as Timotheus filled Alexander’s”. Bermudez de Pedraza, 1608.

Very possibly the jewel in the crown of Renaissance intabulations. The most perfect coming together of composer (Josquin) and instrumentalist (Narvaez). The most exquisite piece of music I have ever had the privilege to play. The Vihuela in G version was recorded during a recording session for something else. I just took the vihuela out of its case, played for a few moments, then recorded this piece from memory. I introduce it with the text from the original Josquin four-voice setting. All three vihuelas were made by Alexander Batov.

“Luis de Narvaez was such a famous musician, that he desrves to be (a servant) to the king Philip II, because the sweetness of his vihuela filled the king’s soul with wonder as Timotheus filled Alexander’s”. Bermudez de Pedraza, 1608. 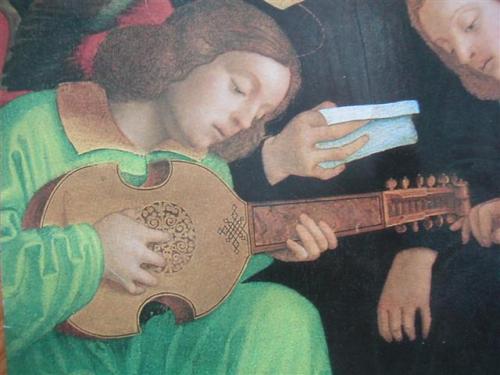 Interested in learning how to play the vihuela? Hopefully this page will be useful to new vihuela players and guitar players who wish to explore the repertoire. Here you will find videos, mp3 files of performances, mp3 files of commentaries, and text. If there is something you wish me to discuss, just make a comment below.

To play along with the recordings, guitarists should tune their third string down a semitone to f#, and then place a capo on the third fret.

Much of the vihuela repertoire consists of polyphonic music – two or more independent lines, usually taken from religious works for voices. Articulating this on the vihuela is a considerable challenge, and the best place to start is with the relatively simple two-part ‘duos’ (actually just one instrument) by Fuenllana.

And here is an mp3 of commentary Hercules Duo Commentary

These pieces are a useful introduction to fantasia-style compositions not necessarily based on vocal originals. Though mostly in two independent parts, there are occasional three-note chords. Please note that I have lowered the fourth fret a few millimeters by pushing towards the nut – Milan suggests doing this. It makes the tablature letter e on the third and second courses sound more sweetly at cadences. You don’t have to do this, but it helps.

Soneto primero grado 92a  – this is a ‘parody’ fantasia of Francesco da Milano’s Ricercar (Ness 15). Here is an MP3 file of the Milan version Milano 15  followed immediately by another take of the Valderrabano version. You can hear how playing the Milan version first influenced my playing of the Valderrabano ‘soneto’. Thanks to Dr John Griffiths for pointing this out to me.

An excellent, down to earth lesson in polyphonic playing by David van Ooijen based on Fuenllana’s duo from Josquin’s Missa de Pangeligua. Follow this link.

Here is the score in French Tab, taken from Sarge Gerbode’s site. Unfortunately there is a mistake in bar 6, but I have corrected it here: fecitpotentiam

And here is a video:

Images Of The Vihuela 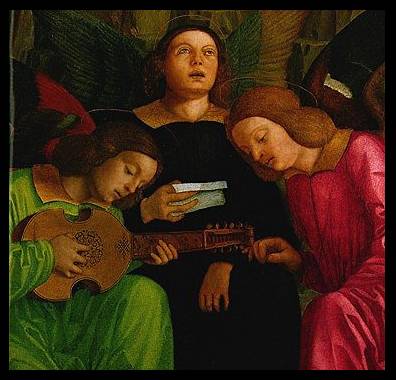 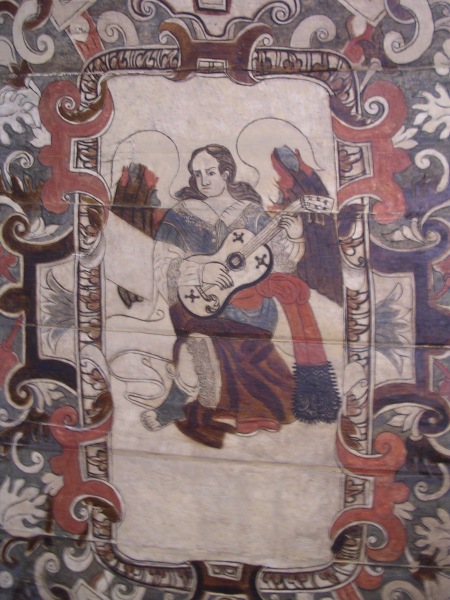 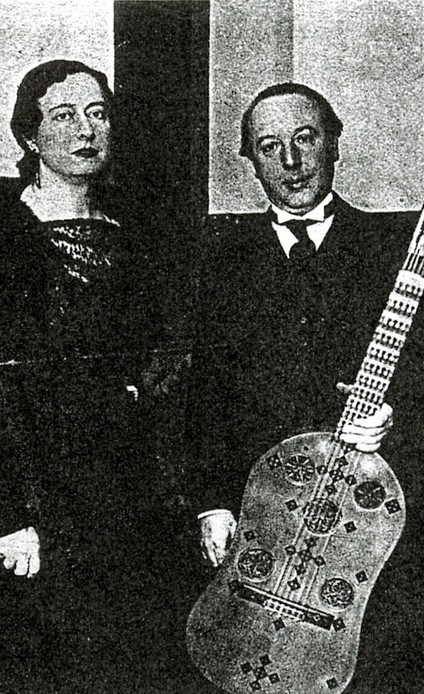 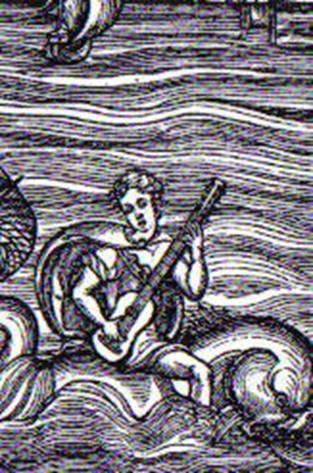 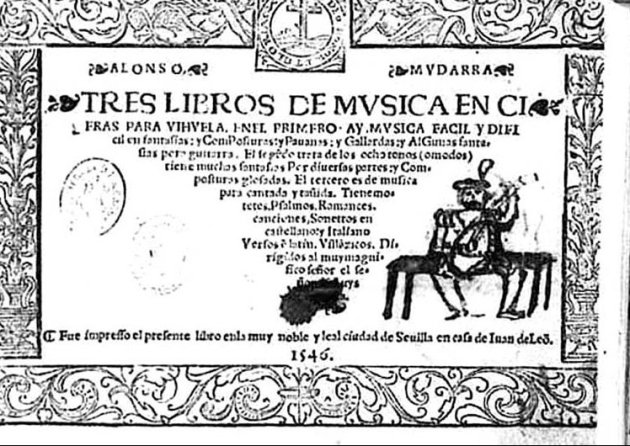 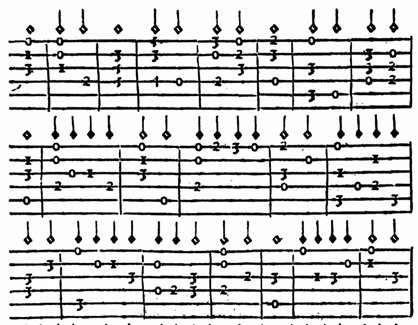 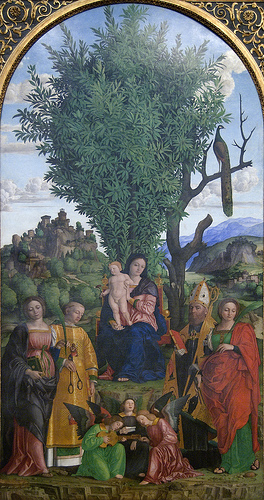 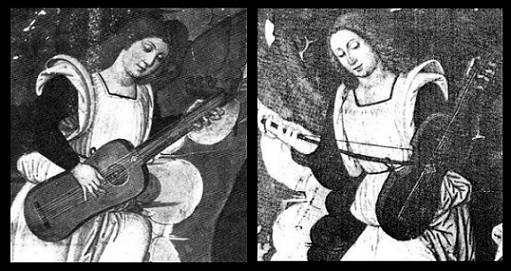 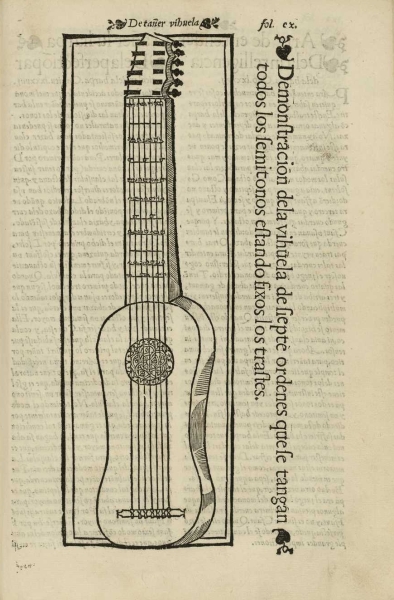