Love Is The Cause – Baroque Guitar and Viol 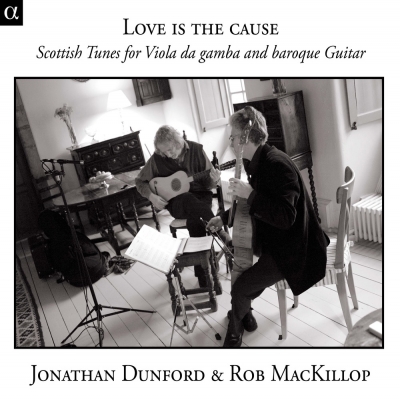 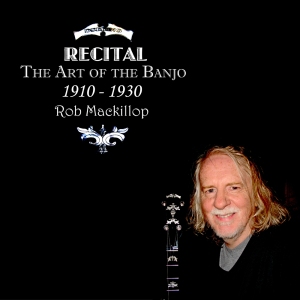 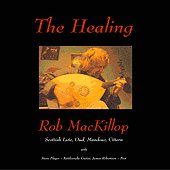 “A fascinating album; for lovers of good tunes, music and instrument historians, dancers or dreamers. Tunes for the lute and cittern from the 17th to 21st Centuries. Elegant, sophisticated, brilliant.” Guitar Player

“On this performance, as with so many others, MacKillop’s technical mastery fades into insignificance beside the intensity and quiet power of his music” Penguin Songs (Canada) 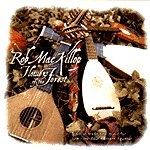 This recording reached the Number One position in both the Classical and Traditional charts in Scotland – an unprecidented event! It is fitting, though, as much of this beautiful repertoire falls between the two camps. Includes earliest version of ‘Flowers of the Forest’ and the earliest Scottish cittern music.

“Record Of The Week – 5 stars – unique and utterly beguiling…not an iota of antiquarian foostiness here…There are no accompaniments, no multi-tracking, yet the interest is consistently held, not just by MacKillop’s virtuosic yet warm playing (peerlessly recorded) but by the variety of moods and timbres” The Scotsman 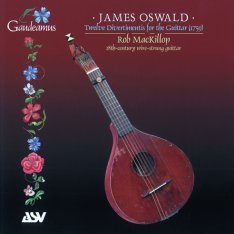 “Oswald’s music is a mixture of ‘style galant’ and folk tunes, and is similar in many ways to the music of his near contemporary, Irish harpist Turlough O’Carolan. MacKillop’s playing shows a genuine feel for the music, and his liner notes show extensive research into the instrument and its music” Acoustic Guitar

“Here is a rarity indeed! The pieces just jump out of the CD player at you, with their lively melodies and resonant harmonies. Moreover, they are in such an apparent constant state of flux that one is never sure where they are going next, and the end result often surprises and delights. Gorgeously played, recorded and package, this CD is a real find.” Classical Guitar

Also available (for further information, click on record label name). All discs are available from Amazon.co.uk or Amazon.com